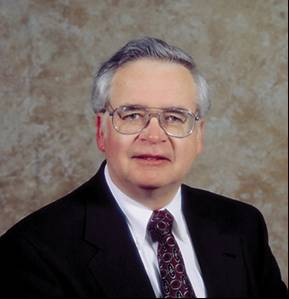 President (1982-1983)
Tyler Prize (2007)
Jerry McLaughlin grew up in Coldwater, MI. He received his B.S. in Pharmacy (1961), and M.S. (1963) and Ph.D. (1965) in Pharmacognosy all from the Univ. Michigan, studying under Ara Paul. After appointments on the faculty at the Univ. Michigan (1966), the Univ. Missouri Kansas City (1967), and the Univ. Washington (1967-1971), he joined the faculty at Purdue Univ. (1971-1999). After over 30 years in academia, he took a position as VP at Nature’s Sunshine (1999-2004). Now retired, he can be found hunting and fishing in Alaska during the summer months. He joined the ASP around 1963, and attended his first meeting in 1964 in Pittsburgh, which he refers to as the “Vincatini” meeting because of the emphasis on Vinca alkaloids and the mixed drinks that were consumed copiously by many members while on a boat tour. He enjoyed all ASP meetings thereafter, but especially the meeting in Halifax (1994). By this time he had a large research group at Purdue, and they all drove in two vans from Indiana to Halifax, a trip of more than 30 hours one way. Jerry believed in bringing all his students to the ASP meetings, usually by van because of the great bonds between the students and postdocs that formed on these road trips. When he was President of the ASP, he was instrumental in convincing James Robbers to take the Editorship of the J. Nat. Prod. He also championed keeping the Journal in the discussions within the Society of whether or not to sell the Journal. He won the Tyler Prize for his research on the Annonaceous acetogenins, which he studied for about 20 years, leading to the description of nearly 200 new structures. (Nicholas Oberlies, Holly Showalter, and Craig Hopp; picture courtesy of William Keller)
Back to list