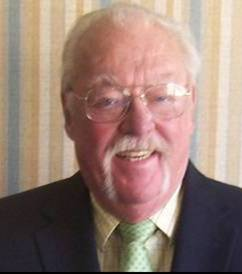 President (1972-1973)
Ralph Blomster received his B.S. in Pharmacy from the Massachusetts College of Pharmacy (1953), his M.S. in Pharmacognosy from the University of Pittsburgh (1958) and his Ph.D. from the University of Connecticut (1963). He became a member of the Plant Science Seminar (1956) and is a founding member of the ASP. He is the Millard Fillmore of the Society (13th president). He taught at U. Pittsburgh (Instructor 1958- 1959; Assistant Professor 1963-1966, Assoc. Professor 1966-1968) and the Univ. Maryland, (Professor 1968-1986). He served as department chair for twenty years, ten of them as head of the department of Pharmacognosy and ten as head of Medicinal Chemistry/Pharmacognosy. He served as the second editor of the ASP Newsletter. Some of his enjoyable moments in the Society were acting as local host for the fifth annual meeting in Pittsburgh “The International Symposium on Catharanthus.” Apart from the scientific program, the Riverboat ride on the Allegheny River and the notorious Vincatini spring to mind, as does the first meeting with the European pharmacognosists in Munich and Vienna in 1970. He was local host in 1975 for the Society of Economic Botany meeting titled “Symposium on Plants and Cancer.” He has served in various capacities in the Teachers of Biological Sciences section of the American Association of Colleges of Pharmacy and the Pharmacognosy and Natural Products Section of the American Pharmaceutical Association. He is currently Professor Emeritus in the Department of Pharmaceutical Sciences, University of Maryland Baltimore, and continues his thirty plus years role with the American Chemical Society Speakers Bureau on “Herbalism” and “Plants as a Source of drugs”. He is also involved in church and civic programs and carving decoys. (RNB)
Back to list