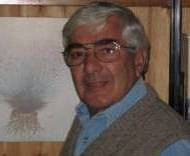 President (1975-1976)
Phil Catalfomo received a B.S. in Biology from Providence College and a B.S. in Pharmacy from the University of Connecticut, where, incidentally, he received the Kilmer Prize under the tutelage of Art Schwarting. He then obtained M.S. and Ph.D. degrees in Pharmacognosy from the University of Washington (1960 and 1962, respectively), with Varro Tyler as his Ph.D. mentor. Phil’s research interests included secondary metabolism of higher fungi, and chemical ecology of marine fungi. He began his career at Oregon State University in 1963, where he progressed from Asst. Professor to Professor, also serving as Guest Professor at the Univ. Zurich (1969-1970). In 1975, he moved to Univ. Montana to take up the position of Dean of the College of Pharmacy and Allied Health Sciences in Billings, MT. In 1986, he became Dean of the College of Health Sciences at the Univ. Wyoming. Phil retired in 1991, and enjoys boating and the natural beauty around his home in Dayton, MT. (PC)
Back to list