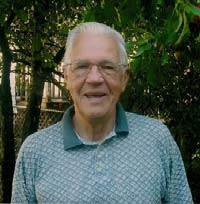 President (1968-1969)
Elmore Taylor received his bachelor’s degree in Pharmacy from the Univ. Saskatchewan in 1956, and a M.S. in 1957. He received a Ph.D. in Pharmaceutical Sciences from Purdue University in 1960. In the fall of 1960, he accepted a faculty position at the College of Pharmacy at the Univ. Tennessee Medical Center, and in the following year was appointed Chairman of the Department of Pharmacognosy, establishing an active research program in pharmacognosy there. In 1966, he was elected Chairman of the Biological Sciences section of the American Association of Colleges of Pharmacy. During the academic year 1969-1970, he served as a visiting professor of pharmacognosy at the Univ. London. In 1971, he was invited to join the faculty at the Univ. Illinois Medical Center (now, 86 UIC) in the Department of Pharmacognosy and Pharmacology. Shortly thereafter, he was asked to serve as Associate Dean of the College of Pharmacy, and in 1986, he was appointed Executive Dean of the UIC College of Pharmacy. In 1972-1973, he served as Chairman of the Pharmacognosy and Natural Products section of the Academy of Pharmaceutical Sciences. At UIC, he was actively involved in developing the B.S. of Pharmacy Degree Program in both conventional and self-study formats, and was key to developing a mandatory Pharm. D. program at UIC. Since retiring, he volunteers many hours each year through AARP-TCE, SHIP, Habitat for Humanity, and Samaritans Purse. (EHT)
Back to list