Editor’s Note: The views and opinions expressed in this article are those of the author and do not necessarily reflect the position of the ASP or this Newsletter.

The value of international engagement in US science is enormous, and recent proposed changes in immigration law for foreign students is having a devastatingly negative impact. It has been expressed that the biggest impact of the current administration is to have “sown the seeds of fear” in our foreign student population. This essay explores some of the highly positive aspects of foreign students being trained in the US and gives my perspective on some things that should be done to reverse the negative trend of the current administration. 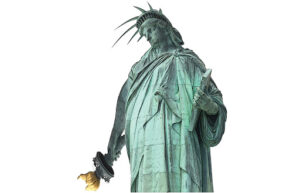 Value of foreign scientists to US science and technology

Since 1990, almost half the US Nobel laureates in science fields were foreign-born, and 37% received their graduate education abroad. Nearly half (49%) of US-trained postdocs and 29% of full-time science and engineering faculty were born overseas.1 Similarly, a large proportion of international postdocs have received their PhD outside of the US. Thus, the US has benefitted enormously from the educational programs present in other countries. Many of these students have stayed in the US after their degree programs and now occupy research positions in industry and academia, are professors, leaders in government, medical doctors, research directors in industry, and heads of major academic institutions.

Foreign graduate students and postdoctoral scholars make up a substantial proportion of the US science and technology workforce, around 50% overall (over 46% of current STEM advanced degrees are for foreign-born students).2 This is especially true in the natural products sciences, perhaps in part because many other cultures have a great interest and respect for the role of natural products in promoting human health. In recent years, many of these students and scholars have come from Asia (China, Japan, South Korea, India). They have been attracted to come to the US because of the perception of its high quality, access to impressive infrastructure, and moderate costs for education; collectively, these have led to foreign scholars contributing enormously to the US STEM output and resulting patents and entrepreneurial activities. A proportion of these foreign scholars return to their home countries after these experiences, taking with them not only scientific training and capacity, but also a deep appreciation for the US culture, language and lifelong contacts. The financial value of this goodwill is incalculable, but clearly enormous.

However, a proportion of these foreign-born scholars decide to stay in the US and contribute to the rich melting pot culture that has developed here. One just has to look around at your professional environment, turn on the TV and listen to physician spokespeople giving fact-based recommendations in our time of COVID-19 crisis, scan the list of CEOs of biomedical startups, and you will observe evidence of the huge rewards the US system has received by embracing cultural, national and racial diversity.  It makes no sense whatsoever to destroy this incredible legacy, which is in fact what the current administration’s policies are doing.

Foreign students in US universities contribute enormously to US economics, jobs, and the development of an advanced work force. They contribute both in the training phase as well as in subsequent research and teaching positions in private, academic and government positions, entrepreneurial efforts, and in the development of improved relationships. However, the current administration has been systematically making it more and more difficult for foreign students to get visas and gain advanced education in the US. China has been especially hard hit, and even before COVID-19, there was a significant drop in Chinese students in US universities; this likely has multiple causes and certainly does include some wrongdoing by the Chinese government in some cases.3

This was intensified in June 2020 with the current administration’s announcement that foreign students in this country that were taking all online classes due to COVID-19 would either have to move to another university that offered in-person classes or leave the country. The stress and induced fear of this poorly conceived policy targeting foreign students was enormous, and uncertainty was rampant as students worried about the many insecurities it created. Was computer lab work done at home in support of a doctoral student’s thesis “distance learning”?  This and many other aspects of the unfairness of this proposed policy spawned a number of lawsuits from major universities, and after a relatively short period, on July 6 the policy was essentially rescinded. Nevertheless, announcements are now commonplace in US universities to be on the lookout for “spies” from foreign military-associated students; this further erodes trust in our country and seems largely unnecessary.4

Impacts on foreign scientists and students in the US

Thus, much of the damage of these policy shifts has already occurred. Justifiably, foreign students in the US can no longer be certain that they will be able to complete their degrees here. It is clear that the current US government views foreign students unfavorably and is looking for ways to remove them from the country. The message is that our current administration does not value foreign students. Sadly, those that might be thinking to make long-term contributions to the US now have to seriously question whether that is a good placement of their trust in the future. Indeed, the stay rate after earning advanced degrees of students from China and India have declined over the past 15 years from 95% to 83% for China and from 89% to 83% for India; we can expect further reductions following this current administration’s attitudes. This comes at the same time as there are increased investments in researchers by foreign countries, notably China, making a return to the home country more attractive.2

Another negative aspect of the current administration’s policy changes towards international students relates to increases in college tuition. Foreign students currently pay the highest rate for education in a US university; however, on the world market, this cost is considered reasonable for the many benefits gained. Many universities develop their tuition models based on admitting a certain number of foreign students; reduction in the number of these premium tuition payers will force universities to increase tuition rates for all students. This will put a US university education further out of reach for both US and foreign students and start a downward spiral of escalating tuition costs.

Other consequences of this misguided and short-sighted attitude towards foreign students include job losses, a weaker economy, lower levels of innovation in science and technology, and less exposure to diversity. In this latter regard, a majority of US students have their greatest exposure to cultural and national diversity through contact with foreign students residing in the US (only 10% of US student interaction with foreigners occurs outside of the US)5; this will be significantly reduced as lower numbers of foreign students are interested or allowed to study in the US.

Just as other types of diversity enrich communities, be they scientific, social, racial or spiritual, diversity in national origins of students in the US has helped to develop the strong and vibrant scientific and entrepreneurial environment that we have enjoyed in this country over the past 75 years. In the words of C&E News, “Science in the US is built on immigrants.”1 However, this cultural melting pot of ideas, approaches and perspectives is imperiled by recent efforts of the current administration of our country to limit foreign students, and this is to the detriment of the US economy, its scientific culture, and our role in the world.

Fortunately, we are close to a national election for the executive branch of our government, and there is a groundswell of enthusiasm for new leadership in this country. We need to reconnect the US with the rest of the world by rejoining the many international organizations abandoned by this administration, such as the World Health Organization, the Paris Agreement on Climate Change, and the UN Educational Scientific and Cultural Organization (UNESCO), among others. By these withdrawals, we have isolated ourselves from the world and abdicated our responsibilities, diminishing the US and endangering the world in general.

We must recognize and appreciate at the highest and most visible levels the role and value of foreign students to developments and innovations in our science and technology sectors. We must change our visa policies such that students wishing to learn and contribute to the incredible culture of science in the US are facilitated and encouraged, rather than the current situation of being rebuffed and abused. We will have to initiate new programs that encourage international science teams around major challenges of our time, for example, COVID-19 and subsequent pandemics, climate change, and racial and economic disparities. Indeed, we have major challenges before us, and through tapping into the full diversity of human thought and experience, such as via increased internationalism of scientific communities, we can succeed even against the greatest of these challenges.